"A lead plaque incised, carefully, with Correspondence sigils. Not too many. Apparently even lead can burn."[1]

The Correspondence is a mysterious language of an unknown provenance that only the finest scholars of the Neath can comprehend.

The Correspondence is a alien form of writing that often consists of strange sigils. It can be found on the spires of the Bazaar,[2] as well as around places like the Avid Horizon.[3] The Correspondence is notorious for producing extreme heat when written, so Scholars of the Correspondence tend to lose their eyebrows during their investigations, or worse.[4] Correspondence sigils can also cause severe discomfort, even madness, to untrained viewers,[5] and it's occasionally graffitied in the streets of London, often causing public discontent;[6] such acts of vandalism are often dealt with by the Constables.[7]

A good place to study the Correspondence is the Forgotten Quarter, as it is littered with these searing artifacts.[8] The University has a department dedicated to studying the Correspondence; it was once known as the Department of _______.[9] Professionals known as Correspondents reveal the secrets of the universe via the Correspondence; they often use violant ink for this task. Unfortunately, many of their publications are often considered too esoteric for the common populace.[10]

Correspondence tablets may have been inspired by Greco-Roman curse tablets, which were pieces of lead or pewter with curses against specific people (e.g. thieves) inscribed on them.[11] It's possible that they were also inspired by cuneiform, Egyptian hieroglyphics, or Mayan hieroglyphics, all three of which have strong ties to Fallen London's lore as the writing systems of the first three fallen cities.

There's quite a bit of rumor and hearsay about the Correspondence, so that is listed below. Not all of it is true, but it's not all completely false either...[12]

They say it's a gate that opens in the stalactites behind Wolfstack Docks. They say you can see it in Mrs Plenty's mirrors. They say it's the only sure way to tell the weight of your soul.

They say it's a series of confidential negotiations between the Masters and a devil of some note. They say it comprises the billets-doux written by Jack-of-Smiles to the Traitor Empress. They say it's the letter the Pope wrote, the one without which Rome would have been the Fourth City. They say if you read it your eyes boil and your hair turns the white of old ice. They say it's written on slate in the blood of poisoned bats.

They say it's the language the bats speak. They say the Snuffer wrote it on the outside walls of New Newgate. They say the Topsy King learnt it, and that's why you can never understand a bloody word he says.

They say it's the only map of all the Unterzee, scratched on the keystone of the Neath. They say it predicts every price change in the Bazaar for the next hundred years. They say it's a script that you cannot write and live. They say every piece of deep amber has a fragment of the Correspondence at its heart.

They say it's the map that connects every glimmer of moonish light to a star. They say it's the key that unlocks the secrets of bat-flights. They say it's a trap that someone found inscribed on a wall in the First City, and if you decode its complicated patterns you inevitably decide you're God, to the considerable detriment of your social life.

They say it's the mathematics of Hell. They say it's the geography of Time. They say it was invented wholesale by a honey-sipper sitting giggling in a cramped and filthy room on Hollow Street, and it's been driving gullible scholars insane ever since.

They say only the Brass Embassy knows.

Eight sigils! Surely you are asking for trouble!

A stone inscribed with the Correspondence.

A paperweight inscribed with the Correspondence.

A seal inscribed with the Correspondence.

The Memento Mori. Be very afraid.

SHINE WHERE THOU WILT AN THOU HARM NONE

Hurtling forever towards the Earth

This pitted, faceted rock serves the Correspondence as: punctuation. Protection. A legal token. An illegal weapon. A punchline. It's an odd language. 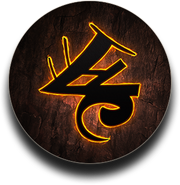 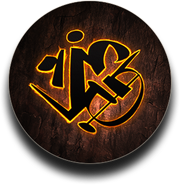 The Final Moment of Acceleration 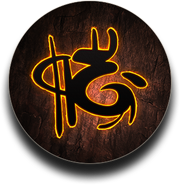 One Fateful Event that Depends on Countless Others 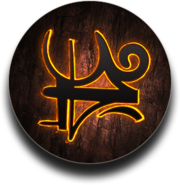 An Exchange of Burdens 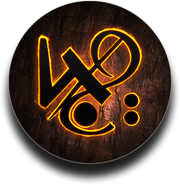 A colophon printed on living skin.

The altar-stone of a forgotten temple.

The last hour with a friend.

A relative, afflicted with limerence. 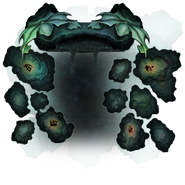 The Avid Horizon.
Add a photo to this gallery

"This is how the Correspondence sounds, when it's spoken between stars."[13]

The Correspondence is the language of the Judgements - the stars, like our Sun.[15] They often use Couriers like the Bazaar and the House of Rods and Chains to send messages to each other.[16] Other beings can learn it too, such as the Masters of the Bazaar, who occasionally speak it among themselves.[17] Some beings, such as Lorn-Flukes[18] and Mt. Nomad,[19] are also capable of weaponizing it to devastating effect. Eyes blessed by the Correspondence are often sought by spider-councils.[20] Apparently, a being who has mastered this arcane language can potentially warp reality however they please, but right now it seems that all humans can do is set themselves on fire.[21]

Only a maximum of six sigils can be written safely on a single surface; seven sigils tend to burst into flame.[22] The Name-Which-Burns consists of the latter number of sigils.[23] For that matter, names in the Correspondence are designated with a unique superscript.[24] Like many languages, writing the Correspondence is not the only way to express it. It can be conveyed through speech,[17] song,[25] dance,[26] music,[27] and even through cricket (yes, seriously!).[28] Correspondence can sometimes be indistinguishable from light;[29] this makes sense, as both are simply facets of the same, simple concept: Law.[30]

Some Correspondence sigils are actually alive, in a sense, these are called Logoi.[31]

"She dips her finger in the water, and traces something on the stage. "Some stars abandon the immutable light of their brethren for a more nuanced philosophy. The old language no longer suffices; heretical concepts exist for which it cannot provide signifiers." As the symbol takes shape, water turns to frost with a crackle.

"'These traitor-stars adopt another language. Or perhaps another dialect? The Discordance.'

She hisses and withdraws her finger from the completed symbol; the tip is blackened with frostbite."[32]

The Correspondence has an icy counterpart, called the Discordance. It is used by the sable suns who have joined the Liberation and abandoned their light. Discordance chills just as intensely as Correspondence burns.[32]

Many of the creatures in Traitor's Wood know the Discordance, as they are implied to be Are-Not.[33]

Retrieved from "https://thefifthcity.fandom.com/wiki/The_Correspondence?oldid=7460"
Community content is available under CC-BY-SA unless otherwise noted.